March 21, 2018
To celebrate over a decade of sonic fermentations, ritual rubs and mysterious perfumes we will be presenting these forthcoming albums followed by several supporting concerts:

INDIVIDUAL ORDER
WHOLESALE ORDER
"Beautiful new LP (the seventh, I believe), from this wonderfully abstract outfit, who were birthed in the shadow of Smegma (Portland, OR), but have since relocated to Maine.
The foundational members of the band are Grant Corum (keyboards, vocals, tin whistle, vocals) and Suzanne Stone (alto sax, khene, vocals). For this album, recorded by Big Blood’s Caleb Mulkerin, they are joined by Caleb himself (tape loops & treatments) and Tom Kovacevic (piano & synth), both of whom played together back in Cerberus Shoals. The quartet is hot. Even when it’s a trio.
The music has a blocked-out and dreamy quality, with jazzoid touches and perhaps less of an ethnographic quality than some of the band’s work. But the music also exists in large chunks, which are moved around in a way that almost recalls (strategically, if not sonically) groups like Colorado’s Mnemonists/Biota collective. There’s a heavy and reflective quality to all the sounds generated and how they are shaped.
The album takes its title from the work of the late visionary artist, Paul Laffoley, from whom the band learned many lessons, and for whom the music stands as a sort of threnody. And the sounds here seem to inhabit some of the same psychic space as Laffoley’s work — creating panels of aural architecture with mandalic balance and flow.
Million Brazilians’ music has lots of depth and a shifting focus that makes it hard to identify as any particular brand of music. But as Duke Ellington so elegantly put it, “If it sounds good, it is good.” And Urban Fossickated Octave sounds more than good. Take it from the Duke. And then some." -Byron Coley, 2019
************************************
'Strange Oasis'
CD / Digital Download
(Nonlocal Research) 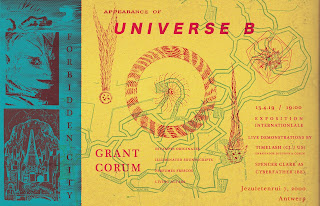 MILLION BRAZILIAN'S CORUM opens the way with 'APPEARANCE OF UNIVERSE B' and select solo shows!

Broadcasting out of Paris & Lyon; "Stream back Soichi Datsa's latest episode of Les Statues Meurent Aussi, featuring an experimental collage of tribal and free electronics from Grant Corum aka Muroc, The Orchadist, a producer and also a member of Million Brazilians, Typhonian Highlife and more." - LYL Radio

A new collection of selected twilight vignettes & nocturnes culled from the coastal geodelphic jazz sessions that occurred during the Rites of Spring released in a very limited edition for the Million Brazilians 'Candle Riders' tour through Belgium, Netherlands and Germany
SOLD OUT 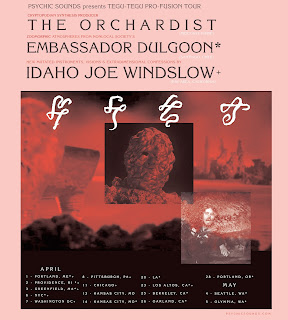 
"In the lead up to the Candle Riders Tour DJ Bizango Leaks of Million Brazilians sorts us with a high energy array of world wide sounds." - LFI 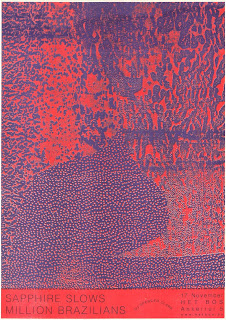